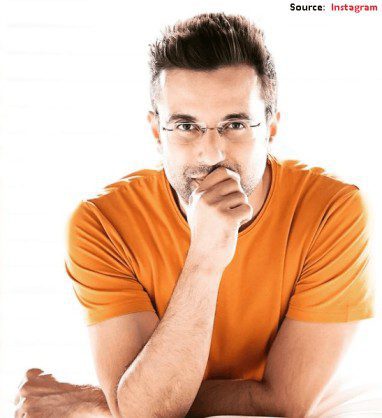 Sandeep Maheshwari is a very much famous Motivational and Public Speaker, a Photographer, Entrepreneur and a successful Business Man.

He is the Founder and the CEO of the ImagesBazar company which have world’s biggest collection of Indian images and videos. He is also Motivational Speaker.

Well, he started his career by doing modelling at the age of 19, but after few years he left modelling just because he is getting threat and harassment in this field. But he didn’t give up and today he is the well known Business Man or Entrepreneur of India.

He was born in a middle class family on 28 September 1980 in New Delhi. After completion of 12th with Commerce stream, he started doing B.Com from the Kirori Mal College, but unfortunately he drop out his college in it’s last years.

Well, while doing B.Com he attracted very much towards the modelling career. And also he stepped in it at the age of 19. But due to getting threats and harrased by some other peoples, he quits modelling. And then start working on his dreams.

Sandeep Maheshwari father name is Roop Kishore Maheshwari who previously used to do aluminum business , But due to some reasons he had to shut down the business.

Sandeep Maheshwari wife name is Ruchi Maheshwari. Both met each other in school time and since then they like each other.

They have two children. One is a boy named Hriday Maheshwari and Second one is a girl (name not known).

After dropping college, Sandeep Maheshwari entered the modeling world at the age of 19. But he had to face many more harassments in modeling, people started harassing him. That’s why he left modelling as well.

After facing all this, he felt that there will be many people like him who have been harrassed in modeling. So to help such people, he started a company called Mash Audio Visuals Private Limited.

Through which he started building portfolio’s of many models. And this company proved to be very successful for him. Even in 2002, He started a company with three of his friends, but closed down after 6 months of starting the company.

But even after this, Sandeep Maheshwari did not give up and started another company called ‘ImagesBazaar‘ with the motive of helping people again.

And today, ImagesBazaar company has the world’s largest collection of Indian Photos & Videos. So, this is the very big achievement. He has also won a lot of awards in his career and he got a lot of success in the photography industry.

He has won many awards in his career. Some of them are:

In his live sessions, he motivate people and tell them many powerful quotes to boost up people’s confidence. So, some of his very popular quotes are here:

“Don’t be Too Serious About What You Think. It’s Just A Point Of View“

“Action Without Thinking and Thinking Without Action Will Leads To Failure”

“Be the Powerful Person, Not to Dominate People, But to Conquer Yourself”

“When You Feel Lonely, Just Start Enjoying The Company Of The Wonderful Person In The World……”You”! “

“Those Who Can’t Able To Change Their Mind, Cannot Change Anything”

How To Choose The Right Career –