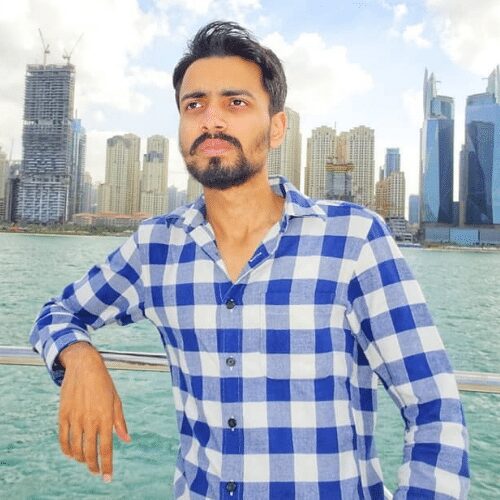 Navankur Chaudhary aka Yatri Doctor is an Indian Traveler and hold a degree of MBBS from Madras Medical College (Batch of 2015). He is a part time traveler and a full-time doctor.

He owns two YouTube channels namely “Yatri Doctor” and another one is “Navankur Chaudhary“. Both channels are very popular on YouTube.

Navankur belongs to a Jaat family from Haryana, Punjab. He completed his schooling from there and lives with their family.

The name Yatri Doctor was because he wanted to start in Youtube by uploading his travel videos as he was passionate about travelling since was a kid, his profession was that time MBBS and was travelling.

So kept a name Yatri Doctor, as this name shows both his profession.

Since as a kid he was very passionate towards travelling and touring. He used to travel with their parents when he was a kid.

In 2015 when he went to college to study his MBBS and preparation for his NEET he and his friends used to travel locally in India and started a channel named Xplore India. Where he uploads videos of his tours.

Unfortunately this channel got copyright strike and was deleted. After that he didn’t make any videos for 2 years and focused more on study.

While he was scrolling and watching any YouTube travel videos, he got a suggestion of Mumbiker Nikhil’s Ladakh series. He was very much inspired by him and wanted to do the same but not on bike, as he was not comfortable in such long rides.

He dropped that idea and watched another videos by Varun Vagish where this guy without any vehicle and travelling around different-different countries via hitchhiking and with minimum expense.

He now made up his mind that from now on, he will travel alone like Varun and do the same as he does.

Then his journey got started as a Yatri Doctor. As he was travelling and traveler is called as Yatri in Hindi and he was a doctor so Doctor. Also Read about Mo Vlogs Wiki

Navankur is not very active on his social medias except Instagram. He posts regularly in his Insta feeds & Stories.

July when his channel got monetized, this amount was from YouTube Ad revenue.